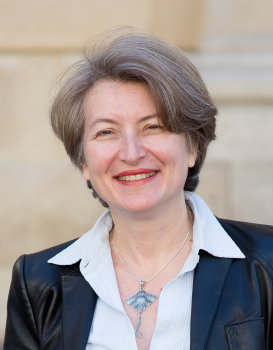 Christine is Executive Director for World Ocean Council Europe, she was the former Chief Operating Officer for WOC Global. As such she is leading the WOC efforts to develop and drive strategically focused action to ensure sustainable business value to members, grow the WOC membership and visibility among ocean business community, and guide WOC budget development and financial management.

More specifically, since 2002, she has worked in sustainability and environmental consulting, engineering and services firms designing environmentally friendly and climate change adapted solutions.

Christine has been active in the past 10 years in non for profit Boards as treasurer and Board Member of the Harvard Business School Club de France between 2010 and 2014, the France/Australia Intercountry committee of Rotary International between 2012 and 2014 and since 2013 of the Professional Women’s Network in Paris .
She also co-founded Harvard Women France in 2008 and is a member of WISTA France (Women’s International Shipping and Trading Association) since 2014.

Christine has a degree in business from Harvard Business School, as well as degrees in philosophy, literature, political science from the Sorbonne and Sciences Po. She became in 2016 a certified auditor of the first national session on Maritime Challenges and Strategies of the French IHEDN (Institut des Hautes Etudes de la Défense Nationale). She is also the treasurer and a board member of the French chapter of Women’s International Shipping & Trading Association (WISTA).