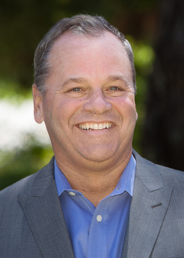 Gary Gysin has over thirty years of executive experience delivering international revenue growth and establishing market leadership for technology, innovation, renewable energy and cloud computing companies. He is currently the President and CEO of Liquid Robotics, which has undergone a period of unprecedented growth during his tenure. The Economist and the World Economic Forum recently recognized Liquid Robotics for pioneering technology and fundamentally changing the way the world can access, collect, and monitor ocean data through the use of ocean robots.

Mr. Gysin has worked to advance technology connecting the world to information previously thought to be inaccessible or unaffordable in both the public and private sectors. As Executive Vice President of Worldwide Sales for Silver Spring Networks, he pioneered an entirely new system by which utility companies and cities could measure, monitor and manage energy usage—leveraging IP networking technologies to build Smart Grids. Before this he was President and CEO of Asempra Technologies and served in a number of executive positions at companies such as McData Corporation, Volera, PGSoft, Crosswise Corporation, WorldTalk and Touch Communications.

Mr. Gysin is a council member on the Oceans and National Security Initiative for the Consortium for Ocean Leadership, a member of the Alliance of CEOs and was recently named Commissioner for the Global Information Infrastructure Policy Organization. He was selected as one of the Silicon Valley CEOs to advise the U.S. Secretary of Defense on barriers to the incorporation of innovation into the Department of Defense’s procurement system. Mr. Gysin holds a Bachelor’s degree in Economics from the University of California at Santa Cruz.